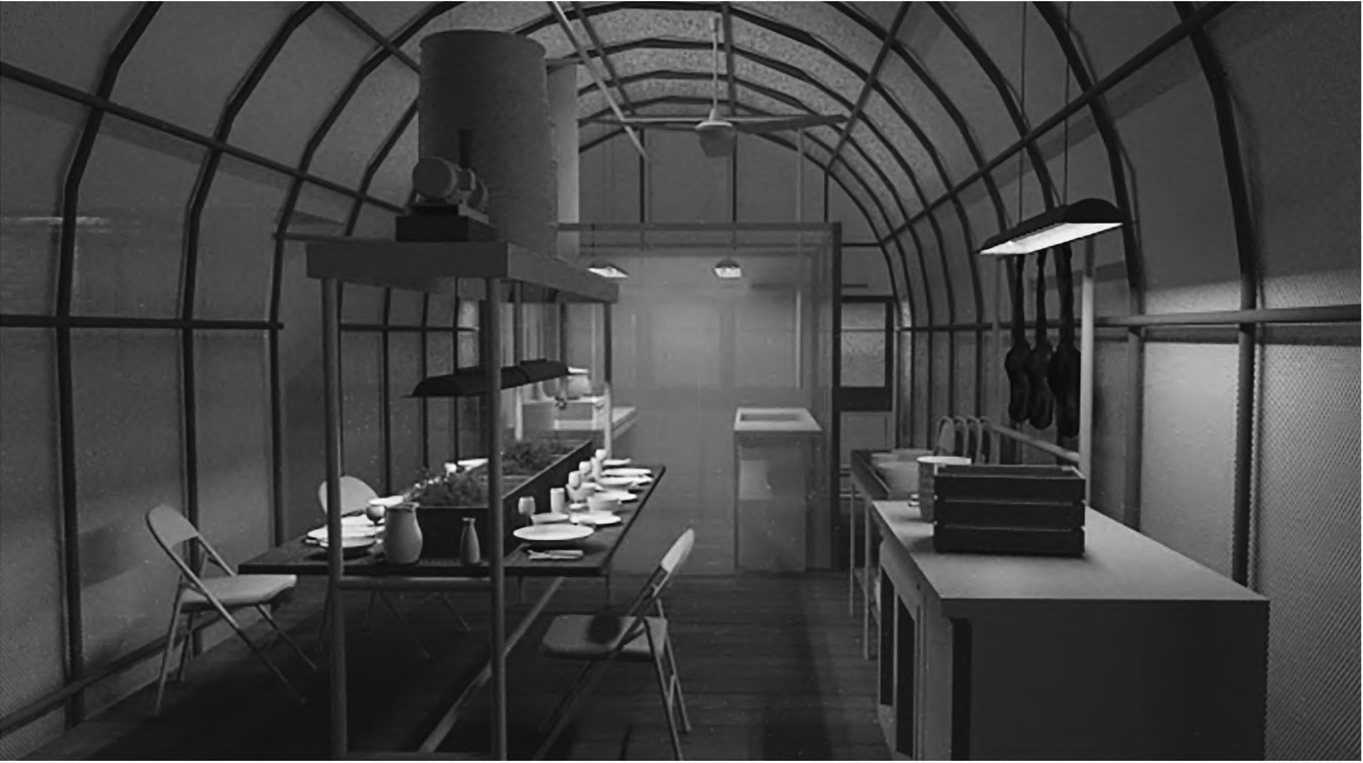 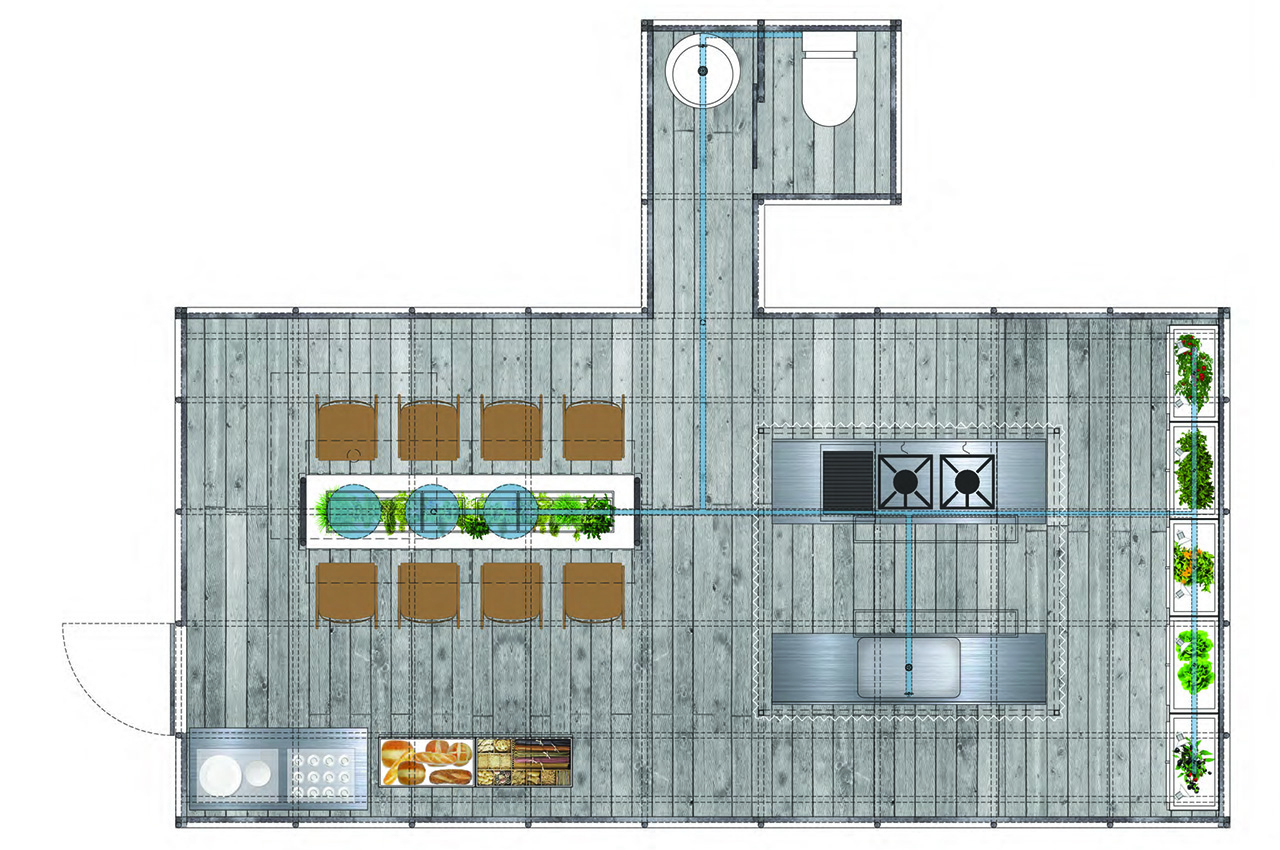 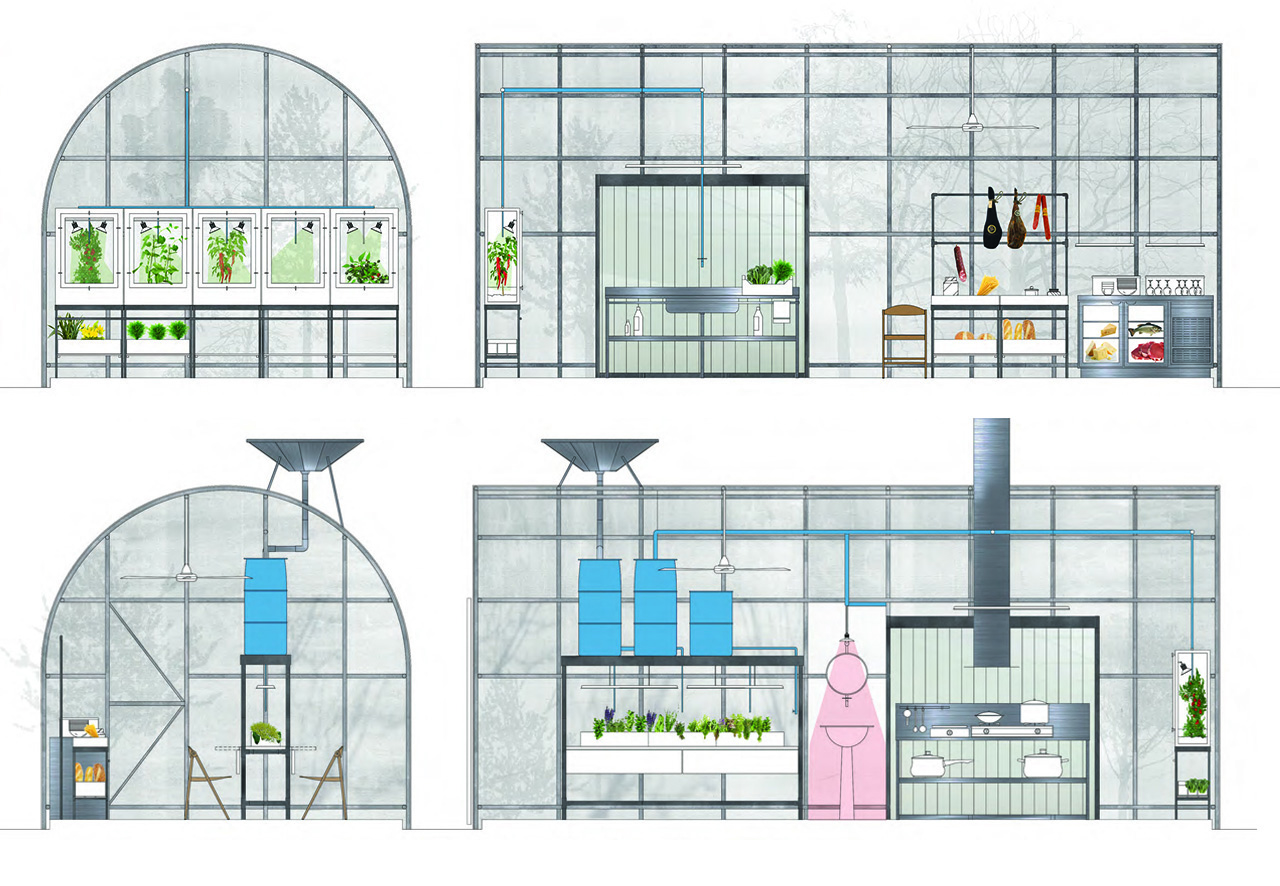 Within the archetypal shell of the greenhouse, whose morphology is identical to the concept of shelter, the process of the meal is cut off and isolated from the surrounding environment to become something of value. The relationship between its associates is developed through the ritual of harvesting, processing and consumption of food.

A “microclimate” is created through lighting, objects, smells and sounds, within which the concepts of ephemeral, timeless, impractical, are re-examined.
The kitchen is organized underneath the metal frame, covered by a shade net, and the food is placed around it.
The ritual of the meal starts with the “harvesting” of raw materials, which are transformed into exhibits in space. Planted herbs and vegetables are contributing to the visual and tactile experience. “Valuable” goods are closed in showcases gaining symbolic value.
The goods are then transported to the manufacturing area, designated by a translucent pvc curtain and shaped as a lab that creates an extra special condition, in which the mixing of goods and flavors takes place.
Food consumption follows the same non-practical, ephemeral logic. The table is set up with the opening of a bench and the chairs and cutlery that are scattered in the space between the raw materials are transferred to it.
Rain water is collected in barrels and distributed to the space via a piping system. A smaller barrel serves the needs of the meal.
The toilet is treated as a third special condition and placed outside the central shell. In collaboration with Melina Analyti, Nikolas Arnis.