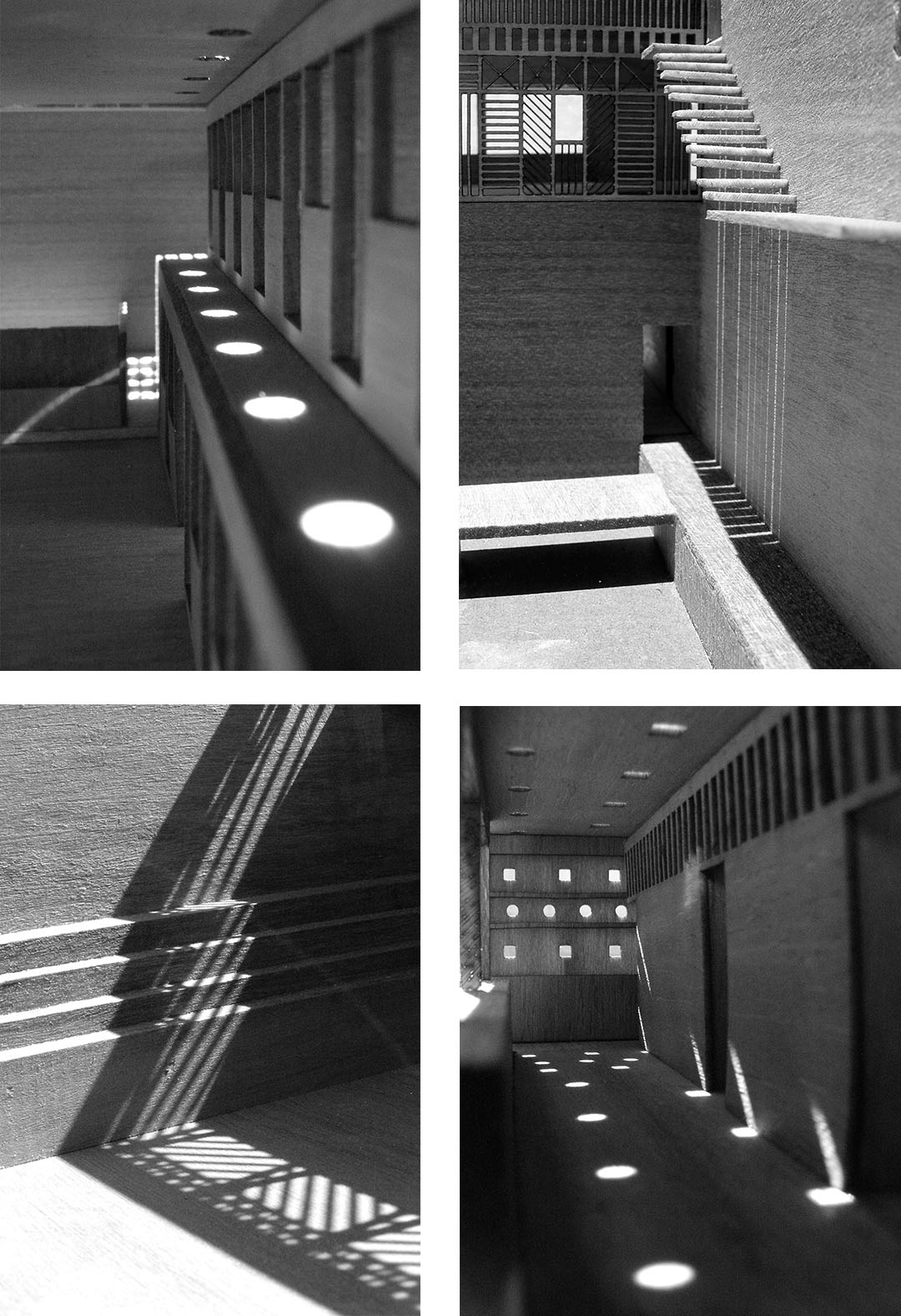 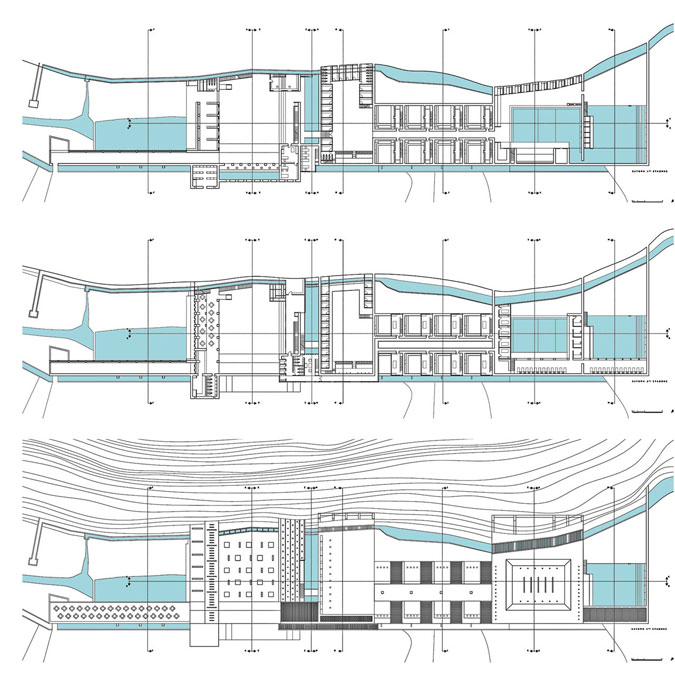 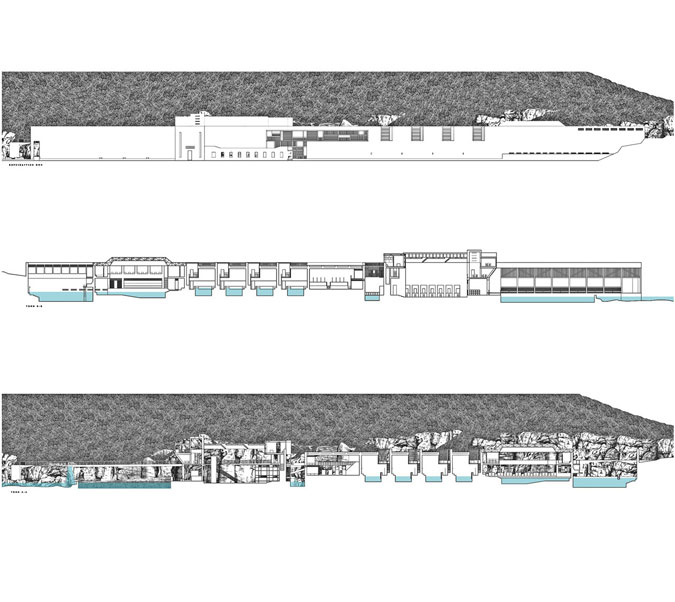 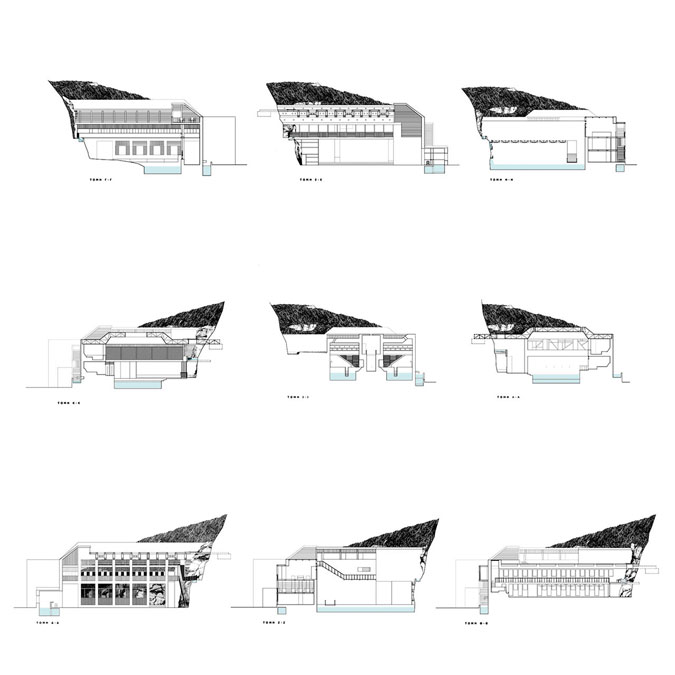 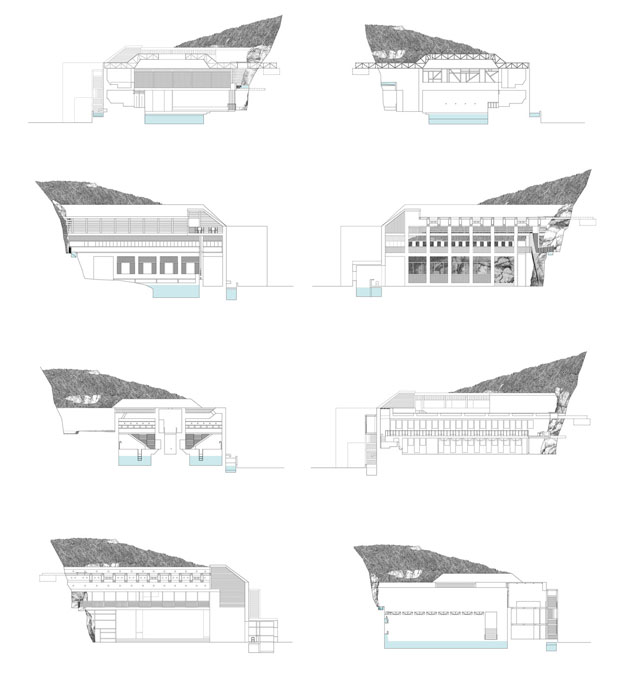 The required facilities for the operation of the thermal baths are organized between the natural limit of mountain Kallidromio and an existing, rudimentary building. The space between them forms a “container” that hosts both function and the human body. A long, concrete wall defines the extent of the intervention and cuts it off from the surrounding landscape. Behind it, a groove lifts the water from the soil and places it on the mountainside in order to form a waterfall at the end of its course.
The wall conceals what is taking place inside the “container”, delineates the boundary between the inside and the outside and unifies the different sections of the building.
The inside is not formed as a single entity: it consists of consecutive units whose facades are oriented inwards. Each one of them functions as a speaker for the sound of the water that flows in the groove and runs the entire length of the building.

The baths are designed in such a way as to achieve the maximum stimulation of the senses. The light enters into the various rooms mainly from the openings of the roof and mixes with the vapors of hot water. The human body goes through light, to shadow that erases the hardness of its contour and prepares it for its “disappearance” within the hot water.
Lattice screens conceal and reveal the human figure at the same time. Behind them some are seeing without being seen. The eye from this position of power has no shame and is free to stare without causing embarrassment. The wooden grids are used to separate without cutting off, so that the eye to be able to penetrate the different places without “being followed by the body”.