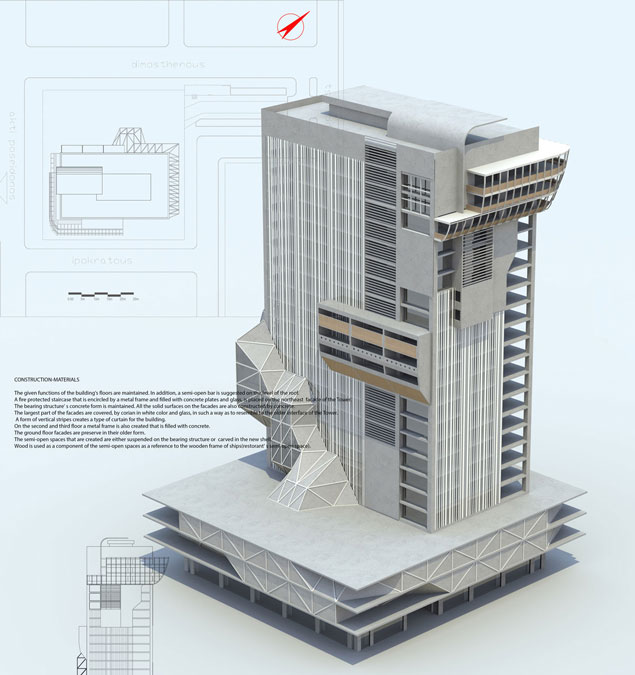 Modular Skin Grid. Participation in 2010 competition for the Piraeus Tower

The port and the Hippodamean system are two of the most important elements of Pireaus city-scape.

Similarly to the ship the Tower’s bearing structure remains hidden under a “skin” that assigns the Tower a monolithic form. When the “skin” is taken off, a vertical grid is revealed. This grid becomes the canvas where recesses and ridges are to be created for the human body either to be suspend between the city and the sea or to move in the safety of the grid between light and shadow.

The monolithic form of the Tower is interrupted when, at the same time, its bearing structure is concealed and revealed and different shapes emerge. The facades are formed as layers of overlapping sections, in order to convert them to symbols of an invitation to the interior. In collaboration with Margarita Gkika and Klavdios Sklivanitis.